Thanks for joining the Classic Country Jamboree Club!

NO PURCHASE OR PAYMENT OF ANY KIND IS NECESSARY TO ENTER OR WIN.

The "Classic Country Jamboree Sweepstakes" is sponsored by Cabot Creamery Cooperative ("Sponsor"). This contest is governed by these official rules ("Official Rules"). By participating in the contest, each entrant agrees to abide by these Official Rules, including all eligibility requirements, and understands that the results of the contest, as determined by Sponsor and its agents, are final in all respects. The contest is subject to all federal, state and local laws and regulations and is void where prohibited by law.

Any questions, comments or complaints regarding the promotion will be directed to Sponsor.

The Contest is open to legal residents of the U.S. where not prohibited by law, who are eighteen (18) years of age or older at the time of entry who have Internet access and a valid e-mail account prior to the beginning of the Contest Period. Sponsor has the right to verify the eligibility of each entrant. Void where prohibited.

The Sweepstakes begins November 6, 2013 and ends December 20, 2013 11:59 PM EST. ("Sweepstakes Period"). All entries (submissions) must be received on or before the time stated during that submission period. Sponsor reserves the right to extend or shorten the contest at their sole discretion.

Listener must write in to the Classic Country Jamboree show via the For The Fans form on the website to be included in the contest. Then the user must sign up to join the club online at http://www.classiccountryjamboree.com. In order to enter, entrant must be a member of or join the Classic Country Jamboree Fan Club in order to be eligible. Sign up here.

The winner will be announced on or about January 3, 2014. Announcement and instructions for prize will be sent to the e-mail address supplied on the potential prizewinner's entry form. Entrant is responsible for monitoring his/her email account for prize notification and receipt or other communications related to this sweepstakes. If a potential prize winner cannot be reached by Administrator (or Sponsor) within five (5) days, using the contact information provided at the time of entry, or if the prize is returned as undeliverable, that potential prizewinner shall forfeit the prize. Upon the request of the Sponsor, the potential winner may be required to return an Affidavit of Eligibility, Release and Prize Acceptance Form and IRS W-9 form. If a potential winner fails to comply with these official rules, that potential winner will be disqualified. Prize may not be awarded if an insufficient number of eligible entries are received.

In the event a question regarding a winner's identity arises, entries will be deemed made by the holder of the e-mail account associated with the entry.

Odds of winning are dependent on the number of entries received.

Cabot Creamery Cooperative is not responsible for any entries with technical issues such as corrupted entries or entries not received due to any malfunction and reserves the right to cancel, suspend, modify, or terminate the sweepstakes in the event of any technical malfunction, including any unauthorized tampering or anything beyond the control of promoter.

4 Night/5 Day Winter Getaway at Smuggler's Notch in Vermont!
Two-bedroom condo lodging for up to 4 people including: 5 days of lift tickets, group lessons ages 3-adult, equipment rental, after ski activities, round trip airport transfers from BTV to the Resort. *Airfare included (up to $2000).

Terms and conditions may apply. Incidental expenses and all other costs and expenses which are not specifically listed as part of a prize in these Official Rules and which may be associated with the award, acceptance, receipt and use of all or any portion of the awarded prize are solely the responsibility of the respective prize winner. ALL FEDERAL, STATE AND LOCAL TAXES ASSOCIATED WITH THE RECEIPT OR USE OF ANY PRIZE IS SOLELY THE RESPONSIBILITY OF THE WINNER. 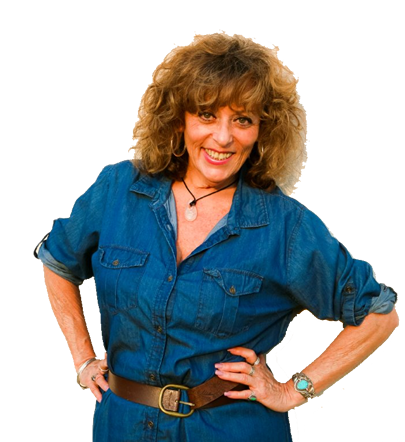 Every week the Classic Country Jamboree invites you into our Music City studios direct from Nashville TN, the home of country music and the legendary artists who record here. It's 2 hours of great fun, music and memories.

Join host Michelle Jasko as she spins tunes and shares stories about the artists and songs that have become part of our musical heritage. Hear from the artists themselves! Enjoy our weekly Spotlights and monthly specials with Celebrity Guest Co-Hosts, one-on-one in depth interviews and tributes to the stars and the albums that shaped generations of country music fans. Learn about the writers behind the songs and the emerging new traditional country songs and artists who carry on the classic sounds. Hear about the latest classic country happenings in Nashville. Be a part of the show by sharing your memories attached to a classic country hit of yesterday or just enjoy the dedications by other listeners like you! Either way, you’ll smile, laugh and perhaps wipe away a few tears while we relive the soundtrack of our lives.

Sign up for our Fan Club and YOU could be a random winner. Often we receive artist signed books, CD’s and tickets to star studded shows that The CCJ wants to share with our listeners. Don’t be left out of the fun. Sign up today!

Check Out Our Classic Country Jamboree Facebook Page Daily For More Behind The Scenes Info, Photos, And Much More!
To Visit GO HERE >>